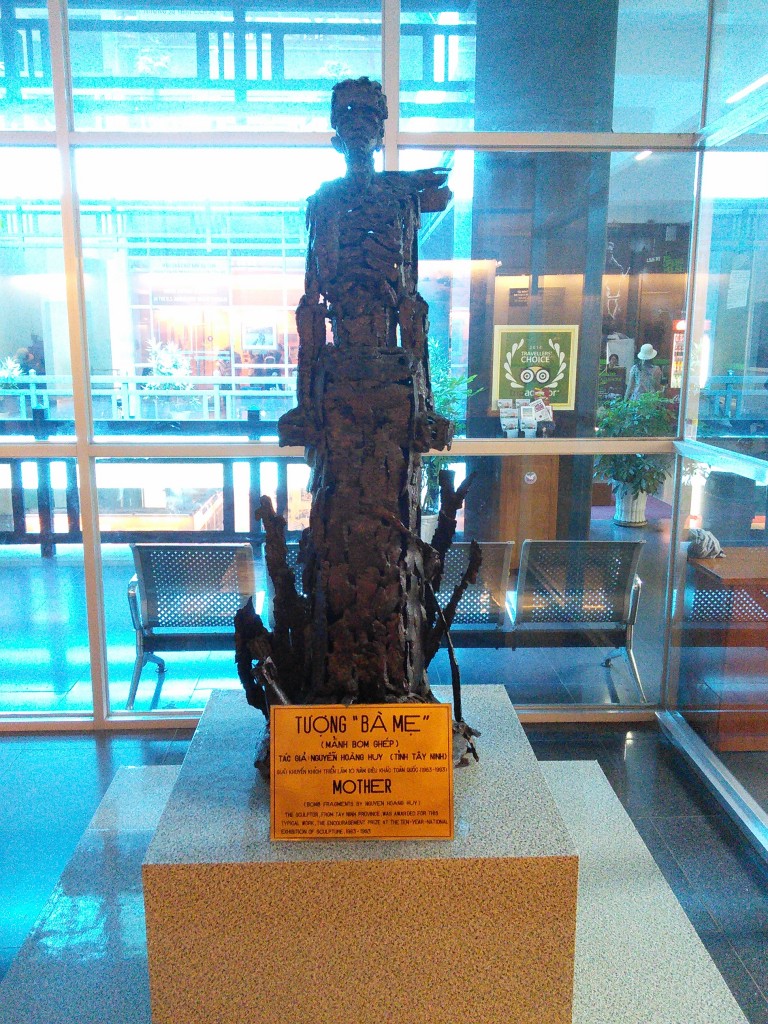 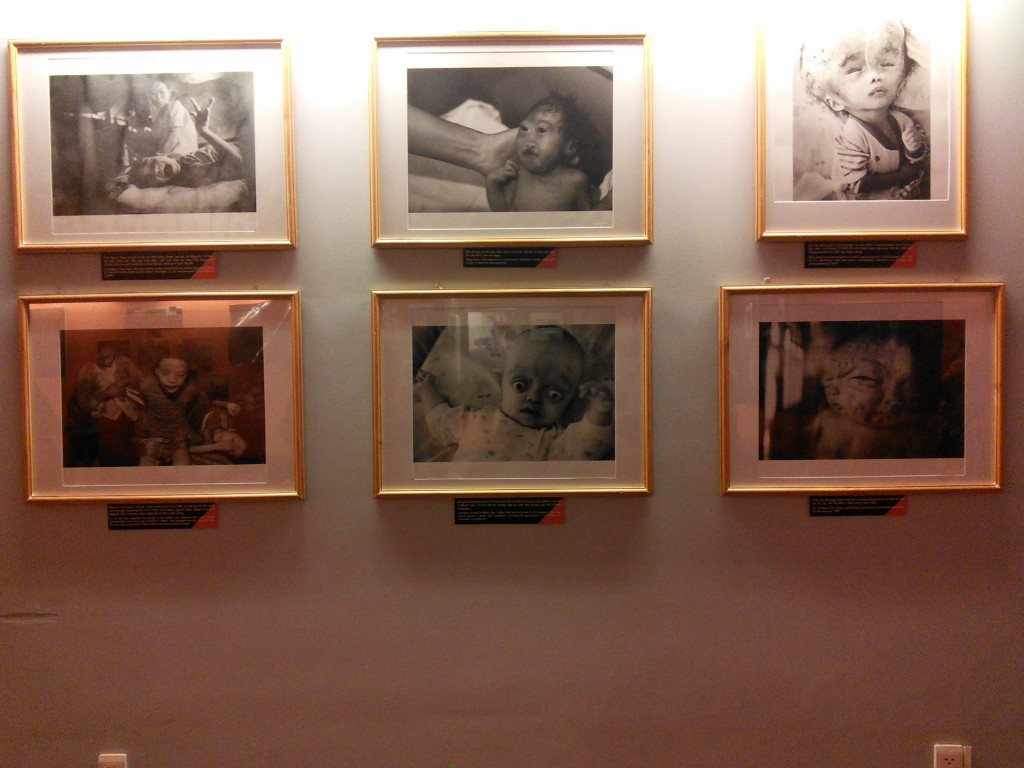 From the moment I rushed through the airport, until I reached my “temporary dwelling premises” in Ho Chi Minh City – everyone was advising me to be careful with my belongings. “You know they can just snatch your phone and ride away on their motorcycles,” one terrified tourist told me. I was more concerned about my visit to the War Remnants Museum and the glimpses of horror awaiting me, to pay much attention to such warnings.

My mother used to sing the soviet propaganda song against the War in Vietnam (roughly translates to “Hands Off From Vietnam”), thus in my consciousness Vietnam became a reason to sing a song, or shout out loud…

I had approximately one million Vietnamese currency in my pocket (it was one of those fleeting feelings of being wealthy by accident, for the record one million is roughly fifty US dollars :), thus the word choice: fleeting) and my intention for the trip was to “feel” the city. The first stop had to be the War Remnants Museum. I took the taxi.

As I was inside the air conditioned environment, safely away from the “riding snatchers” I paid attention to the streets, to the people. There was clearly a conflict between the communist past and the brand new taxi I was in – silent conflict. I became proficient in understanding the nuances of the words “conflict”, “crisis”, “poverty” “refugees” etc. I could feel their semantic power deserting them. And yet, it is so simple to restore their meaning; just fully engage with them. The museum visit was mostly done for my mother who would always fall silent when Vietnam came up or the current refugee crisis or any “type” of conflict that made her feel not-human. But it was also an attempt to engage with words like “war” “aggression” “conflict”…without being sent to the battlefield.

A hot, suffocating day, a perfect day for indoors. I arrived and was welcomed by the military equipment. Remnants indeed: a helicopter, a tank, some types of artillery, opposing rows of motor cycles and people taking pictures in the yard. I walked pass them and entered the ground floor. There it was, right in front of me an entire wall dedicated to countries who opposed the war. A sign in Russian read clearly “Hands Off From Vietnam”. I smiled, because I thought of my mother, then I realized where I was and the smile vanished. I approached the wall. So many countries, so many efforts and so poorly presented. But then again how can you present such things? I read slogans in Russian, Hungarian, German, Spanish etc. then took a step back. The ground floor was clearly dedicated to the public of the past who disagreed with the war. I looked up and the ceiling was blue: what was on the floors above?

First floor, first shock. It was the War Aggression Remains. Many Americans, many Japanese, many Vietnamese were looking at the pictures – testimonies left from that past. The word “conflict” came back to me. A conflict that was labeled as War Aggression, another word I was hearing these days, but from a different sphere “financial aggression” , “aggressive buy outs” the words came pouring: was the War morphing into a different existence? In this room I could only see photographs of dead people, but two pictures easily stood out because they belonged to dead people I have seen before. The naked girl, running on the street, running and crying. I saw her for the first time in my history book when I was thirteen. The picture was diagonally facing a peculiar statue called “Mother” (Tuong Ba Me) made out of bomb remains. I thought about them, the mother stoically looking at the burning child, was it? The second picture belonged to people who were about to be shot, when a photographer momentarily stopped them to take the shot I was looking at – time traveling at its best and its worst.  I kept looking. How exactly was I feeling? Did I come to a grave of strangers just to look at people’s misery? their fear in front of death? The picture was alive. In the same way the pictures of Gervasio Sanchez were alive…

I opened the glass door and walked outside the first room. The second room was garishly orange and I knew what to expect in the abstract sense. I let the blue light of the ceiling settle on my shoulders. A couple minutes later I entered the Orange room. And there I felt everything going black. Everything was twisting and swirling, but the unborn children, deformed children. I just kept staring against the orange wall.  Most of the children died soon after their birth. I thought of the children from the ground floor; their cartoon like features were far away from these children captured inside an orange frame, hanging on the wall symmetrically inside the orange room. If there were any limits to photo journalism it must have been that moment I experienced, while looking at them. Everything suspended. My critical faculties, my reasoning, my understanding – everything was briefly suspended apart from the thought “what if I was one of those children?” After the moment passed, I I went downstairs to the ground floor and sat down. This building suddenly looked more like a hospital than a museum or even a mausoleum came to mind. I left minutes later.