FINGERPRINTS OF THE DAY: The Gypsy’s Decalogue 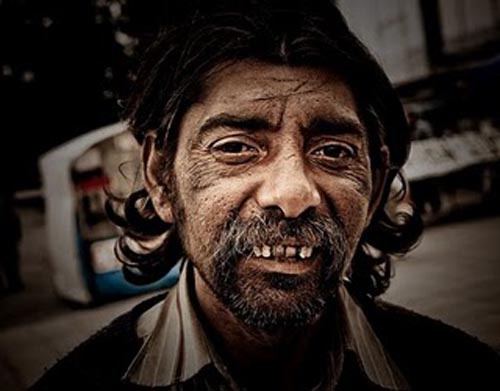 1.      It is known that the Greek television favours the development of the Greek language, but now of English as well. A typical example is the show ‘the Voice’ and Antonis Remos (famous male pop singer) saying in fluent English ‘You are talking to me, you are looking to me?’ Damn and here we go again from the beginning, I thought at least that I would learn English this way.

2.      Make evasions and start missions. Ten reasons why not to vote for Boutaris (mayor of Thessaloniki). All of them are almost self-evident, but we are not going to mention them all today. His supporters, however, follow a memorandum-style approach ‘we don’t have any other choice, who are we going to vote for?’ Search me! He is also supported and by Thanos Tzimeros (leader of the right political party ‘Creation Again!’), Dora Bakoyiannis (MP and member of a famous political family) and Apostolos Tzitzikostas (head of Central’s Makedonia region): if somebody from the above-mentioned lefties puzzles you then think about it again.

3.      If you are afraid of a third World War soon and you didn’t make it to book your tickets for the bus that goes to your old village, don’t worry at all. Now we are still in warm-up, you have at least one-two years more to do it. However, you will have a cat in hell’s chance.

4.      Hilary Clinton likened Russia’s tactics to Hitler’s and the most reliable Greek journalist (Paschos Mandravelis) ensures us that the new Ukrainian ‘government’ is not consisted of neofascists. Excuse me, I am boggled. ‘Nazis are here, fascists are not there, are there any fools near?’

5.      Europeans don’t want a third World War, but the USA feels that it cannot stop its expansionism in order to face the global economic crisis.

6.      In the Free Thinking Zone (well known bookstore in Athens) they banned the sale of Koufontina’s (member of the notorious terrorist organization ‘17th November’) book. I don’t know if I can stand so much free thinking, but I’m thinking not to buy a book again from there soon. Silly queries: did anyone find time to read it or they judged it by its cover? Postscript: When even Dendias (Minister of the Ministry of Justice) praises the Free Thinking Zone, it is worth thinking at which bookstore you go.  Meanwhile, all the democrats jumped on Nikos Yiannopoulos (member of lefty political party ‘SYRIZA’) for his foreword in the book ‘Born in the 17th November’ but I wonder: before his foreword, there is a prologue-note of the publisher (Livanis Publications SA) and a letter of Jorge Sabalsa (member of Tupamaros). Why did not any democrat attack them too? Selective bullying is the answer.

7.      Dimos Verikios (famous Greek journalist) repented but his apology had not been accepted. Vallianatos is the first mayor candidate-HIV carrier in the world and Auguste Corteau (Greek writer) will continue to write books like that one Dimosthenis Kourtovik (Greek writer & critic) had once criticized (yes, that one which coincidentally had similar cover to a French book). And life? It goes on.

8.      Panos Theodoridis (Greek columnist) castigates in an article of his the essence of Cosmote’s (Greek mobile company) latest commercial with the informal title ‘Task Force’. Certainly, the ad is based on non applicable stereotypes, yes, like almost all the commercials yes. But it remains the most funny commercial I’ve seen after the commercial (cable TV NOVA ad) ‘put the chicken down’ (it has a similar rational). The difference between them? The second one (Task Force) mocks our bourgeoisie. In the media they prefer instead of the word Foni (Greek word for voice) the word Voice, so the Task Force could hardly become International Occupation Team or something else.

9.  Stavros Theodorakis (eminent Greek journalist and documentary presenter) got started on the River (his new political party) that might become a current, a stream or a drop of water which might evaporate in the desert. Except if 58 people (new socialist political movement) pre-empt to drink the River’s water along with an Olive Tree (coalition of old and ‘new’ ‘socialist’ movements and parties). What can be certain? The next political party will be named Sky.

10.  An invitee at 90,4 Left FM (Greek radio station) supported the necessity of enacting a special bicycle driving license. On the other hand, the geniuses of Troika-PASOK-New Democracy seem that had suggested for the solution of the big social problems the enactment of a yearly tax of bicycles. We are going to go completely crazy, that’s for sure. And me where should I go? Left maybe not, right certainly not, the only exit lies ahead.