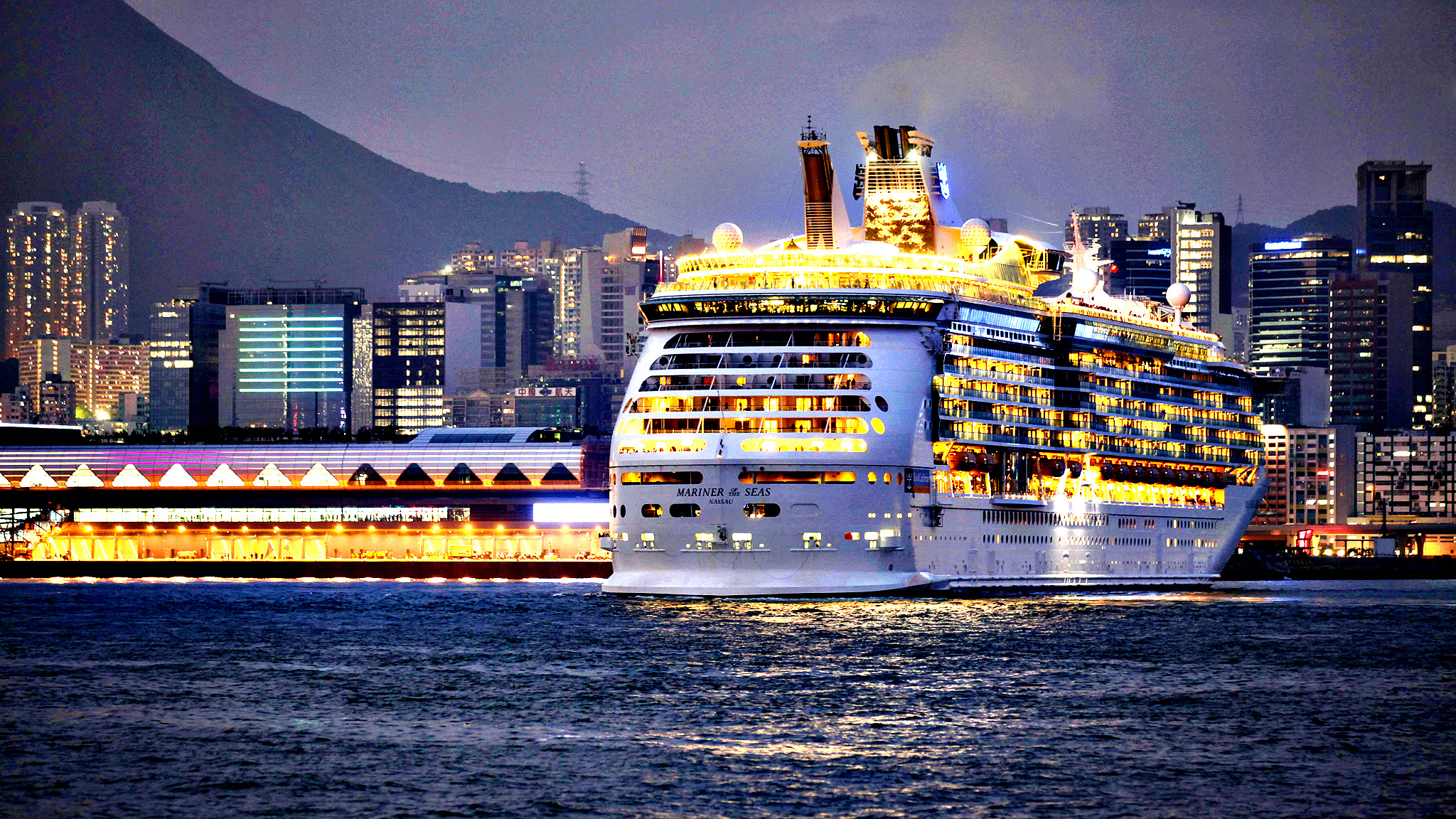 
Prologue – Historical perspective: from antiquity to ‘modernity’, the ancient roots of the city, the Byzantine times and the modern history of the city (2oth century up to now).
Thessaloniki was built in 316 b.C. in Thermaikos Gulf in Macedonia, Greece.

Its position has the same geographical longitude with the historic city of Constantinople, more widely known today as Istanbul. However, its overall position as far as the climate is concerned is worse since, the weather is warmer in Thessaloniki and sometimes in the summer afternoons overtly hot, almost intolerable.

The town was built by king Kassandros early in 4th century b.C., shortly after he got married with Thessaloniki, the sister of Alexander the Great.
The funny thing?

King Kassandros had already built a little before a city having his name, Kassandreia, which was situated in or close to the old harbor city of Potidaia.
Nonetheless, because old Potidaia and now Kassandreia was quite isolated from the mainland of the ancient Macedonian kingdom due to the Chalkidiki mountains and thus could not serve well the trade needs of the Macedonian mainland, the founder and godfather of Kassandreia, king Kassandros seeks elsewhere  the place for a new harbor city which will suit better the needs of ancient Macedonia according to the following criteria: strategic position, security and easiness of transfer for the citizens of the Macedonian empire to move there.

Hence, the gulf of Thermaikos is eventually chosen and the exact place is between the smaller old cities of Thermes, Apollonia, Aineia and Chalastra.
However Pella continues to remain the capital of the Macedonian state, while Thessaloniki forms the basis of its trade and military fleet.

The development and economic evolution of Thessaloniki is rapid: trade ships from Syria, Egypt, Phoenicia quickly arrive, along with the Jewish population.

Besides, Jewish people immediately after the death of Alexander the Great began moving into the biggest cities of the Mediterranean sea.
That is the reason why the Greek historian Strabon notes: “There is no place in the whole world where you can easily not find the residence or prevalence of this race”.
Consequently people start worshipping Greek-Egyptian god Serapis  and Egyptian goddess Isis.
In the Macedonian era the city is ruled by its citizens and the city council but the king has also his own officials in place and can issue royal decrees which would regulate whatever he might consider as crucial.
Following the battle of Pydna in 168 B.C. Thessaloniki and the defeat of the Macedonian empire by the Romans, Thessaloniki becomes part of the Roman empire and  around in 146 B.C. it also becomes the biggest city of Macedonia according to the historian Strabon.

It is noteworthy that Cicero selects Thessaloniki in 58 B.C. as his preferred place of exile.

Thessaloniki is used as  a ‘natural exit’ of central Europe to the Mediterranean and as a swift passage to the Danubian countries as well as the Middle East.

After 42 B.C. Thessaloniki is declared ‘a free city’ and during the pax romana era, it becomes one of the most significant cities of its times with plenty of social and cultural events
Already from the 1st century A.D. Thessaloniki is turned into the first Christian community in Greece and an example for all other Christian communities of the world. Thus, it is not accidental the fact that Paulus after teaching in Thessaloniki in 50 A.D. he then goes on sending one of his letters “to the people of Thessaloniki”.

This Christian tradition will be further enforced by the death of Saint Demetrius in 305 A.D., who will be regarded ever since the saint and protector of Thessaloniki, appearing many times in the course of history either as a ‘forceful wind’ or ‘person’ behind the walls in order to save the city from the constant invaders, i.e. Huns, Goths, Slavs, Saracen pirates, Normans, Turks etc. or as a ‘healer’ of the state officials particularly during the Byzantine period.

(Kind notice No1: Saint Nestorius did all the job by killing the fierce idolater Lyaios, but of course it was at that time an old story the fact that most often in human life one would do the job and someone else might take the credit).

(Kind notice No2: This is apparently the reason why arguably the biggest and best university in Greece, the Aristotle University of Thessaloniki does not have Aristotle in its official sign but Saint Demetrius instead! In order to solve this prima facie puzzling contradiction people have lately proposed the establishment of a new university under the name “Saint Demetrius University” which will compulsorily have as it official sign the picture of Aristotle).

Anyway, Christian tradition of Thessaloniki constitutes the main explanation why  did Constantine the Great decided to begin his campaign against Licinius from Thessaloniki in 3 July 324 A.D.
At the 4th century A.D. the sea reaches the modern city centre and large scale works are commenced in order to push sea away and make for defence reasons a more or less straight coastline next to the main Roman port.
The 7th century is a moment of catastrophe for the city since tremendous earthquakes demolish the city as well as most of the Roman monuments and change in an unexpected way  the aesthetics and cultural character of the city.

Eventually, the marble and all other construction material from the ruined Roman buildings was used in order to recondition and reinforce the Thessaloniki’s walls.

In the Byzantine times Thessaloniki becomes the second  most prominent city, after the capital Constantinople, and is often called as a “co-ruling” city, i.e. as the emperor’s city almost equal in importance as Constantinople.
The port: a blessing and a curse. The advantages of the Thessaloniki’s port become also a curse for the city since ‘whatever brings happiness can bring also misfortune’ (V.T.)
Following the different plans of three consecutive Byzantine generals the city inevitably falls to the egregious hands of Saracens pirates on the 31st July 904 A.D., who manage to conquer the city with 54 ships by the sea. Very few manage to escape, while the 22000 people remaining alive as sold as slaves mainly to the Middle east by the Saracens pirates.
The city will prosper again soon, however, and will constitute the main military base for the Byzantines’ war against the Bulgarian kingdom.

The curse of the port partly returns in 24 August of 1185. It will be conquered again by Normans for about a year, after they besiege the city by land and by sea with 200 ships for nine days.

(Greek historians blame the incapable -to the point of becoming sort of a ‘traitor’- Thessaloniki’s commander David Kominos; David Kominos, a close relative of the Byzantine emperor Andronikos Kominos the First, showed quite early to the Greeks why they should be more meritocratic in selecting people for high places. Alas, 927 years later the Greek people have yet to learn that lesson, although they are now in the eye of the global economic storm).

In 1204, the ‘temporary end’ of the byzantine empire makes Thessaloniki part of the Franks’ dominion for twenty years.

In late 19th – early 20th century the slow but certain and imminent fall of the ottoman empire makes the great powers of the era (Russia and  Austria primarily) make plans about having Thessaloniki as their own harbour city.
Nonetheless, during the Balkan wars, in 26th October 1912 (indeed the Saint Demetrius anniversary day) in a glimpse of time the greek army manages to have the city surrendered to it by the Turkish commander, while the Bulgarian army is at the city gates

(“We got it from the Greeks and to the Greeks we will give it back” the Turkish commander was rumoured to have boldly stated)
After the end of the Greek dictatorship in 1974, city’s life began coming slowly back to normal. However a series of incompetent and corrupted elected officials did not allow the city to prosper even moderately and in conjunction with the Greek state policy  to allocate all resources in Athens, they have led  gradually but steadily to the decline of the city harbour.

The Harbour: an empty port with minimal movement and life; Thessaloniki as a city with a harbour but actually no harbour at all, since people do not have a maritime culture, do not live from the harbour, do not have professions related to the sea-life and cannot use the harbour for their transport; New plans to turn the old harbor as a marine for expensive yachts has been met with disapproval because the city does neither need another marine yacht in the city centre nor the old main harbour’s building to be turned into a huge bar-restaurant in order to prosper from it, expand and create civilisation;
The Waterfront: there are essentially two pedestrian-friendly waterfronts: one around 8 kilometers and another one around 2,5 kilometers. However the main waterfront has been mutilated since the new mayor decided to expand on the plans of its predecessor and ‘rebuild’ the waterfront parks. Hence, for already a year this main waterfront has been split into two parts (3 and 2 kilometers respectively) while the middle 3-kilometer part
is constantly closed for reconstruction and access is forbidden.
Consequently, people cannot have their ordinary walk and feel overtly distressed. The joke of the day is whitch one will be completed earlier: the waterfront parks or the metro stations of Thessaloniki?

Immigrants and Harbour: there are many illegal immigrants who work at the city’s coastline, since this is a place where most people go for the morning, afternoon or evening walk. Most of them sell cheap things such as plastic toys, watches, bags and sunglasses. However, it must be noted that their presence in the city and next to the harbour is not causally related to it, since  all of them have not arrived via or due to the harbor, bur via the Aegean sea or the Turkish borders and then via the mainland. Since, their number is not disproportionate to the Greek population of the city and since they have made no ghettos (unlike Athens’ city centre), they have brought with them a flavour of culture and civilization which has liven up the city life. However, due to the unending construction of the city’s waterfront and the fact that bicycle roads were introduced in  the coastline by the Municipality of Thessaloniki, their presence there has become problematic since there is practically very little space for the pedestrians who must walk between  the immigrants’ mobile shops on the one side and the bicycles on the other.
General Conclusion: Thessaloniki as a crippled civilized city as far as its overall sea perspective. The city may be next to the sea but it triumphantly ignores it.

Summing up: Why it’s worth visiting Thessaloniki this year after all: Great people, superb nightlife, fantastic Greek/Mediterranean/International cuisine, lower prices day by day, intellectum (proud member of Eurozine)  and of course………………..